A footballer’s career is generally a short one, and if a professional is able to get 12-15 years out of it, particularly at the top level, they’ve done well.

Of course, that means that by the time most are in their mid-thirties, they have to look for something else to keep them occupied in their later years.

Owning pubs or restaurants seemed to be a favourite of a previous generation, but ex-Man United player, Lee Sharpe, has decided to stay within sport at a profession level, just not in football.

According to the Daily Mirror, the winger has recently turned pro in his new chosen sport, golf.

“It’s been an ambition he has had for quite a while now and he’s looking forward to testing himself against some top players.

“It’s not quite the same feeling as walking out in front of a packed house at Wembley, but he gets a real buzz from golf and believes he can be competitive.”

Now 49 years of age, Sharpe has years ahead of him in the game, and it will be interesting to see just how far he can progress.

His career in football should stand him in good stead in terms of being able to handle the pressure too. 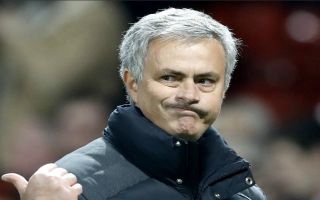