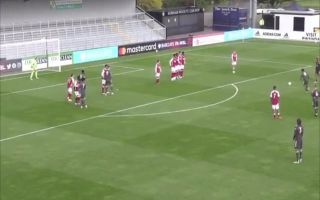 Arnau Puigmal produced a moment of magic for Manchester United’s Under-23s in their Premier League 2 clash against rivals Arsenal yesterday.

The encounter ended 3-3, with Puigmal actually getting on the scoresheet twice for the Red Devils.

The 19-year-old stepped up to take a free-kick right on the edge of the box, Puigmal sent the ball flying into the top corner with a thunderous strike.

Joe Hugill was also on the mark for United. With Reiss Nelson and a double from Falorin Balogun allowing the Gunners to salvage a point.

What a free kick by Puigmal! Yesterday for the U23s ? pic.twitter.com/MVSPWnD8Vn

Puigmal joined the Red Devils in the summer of 2017 from Spanish outfit Espanyol. 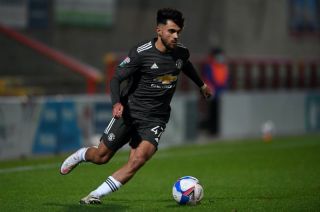 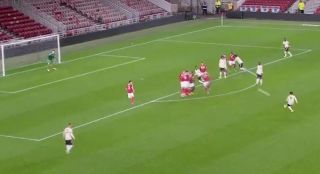