On a weekend when the Premier League match officials and those at the VAR hub in Stockley Park seemed to miss more decisions than they might like, another disgusting incident went unpunished.

Towards the end of an entertaining match at Elland Road on Monday night, Wolves’ match winner against Leeds, Raul Jimenez, lashed out at Robin Koch whilst on the ground.

It appeared as though Jimenez may have been given a little shove before crashing to the ground, but there was simply no need for him to kick his opponent in the private parts, risking a serious injury in the process. 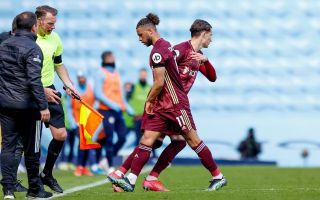 Premier League chiefs may have to bend the rules to allow inspirational striker to make his comeback Mar 13 2021, 8:57
Wolverhampton Wanderers

Raul Jimenez reveals where he’d like to play after Wolves Feb 17 2021, 15:35
Wolverhampton Wanderers