According to Tony Cascarino’s recent column for the Times (subscription required), Roberto Firmino’s woes in front of goal are placing a ‘strain’ on Liverpool teammates Mohamed Salah and Sadio Mane.

The former Republic of Ireland striker pointed out that Firmino hitting the back of the net just once in his last 20 Premier League appearances is putting a ‘huge burden’ on partners Salah and Mane.

Cascarino’s claims aren’t really anything new, more so an indicator of how Firmino misfiring could affect the team massively as a whole.

The Brazilian has always been the creator for the clinical wide forwards since Salah’s arrival in the summer of 2017. 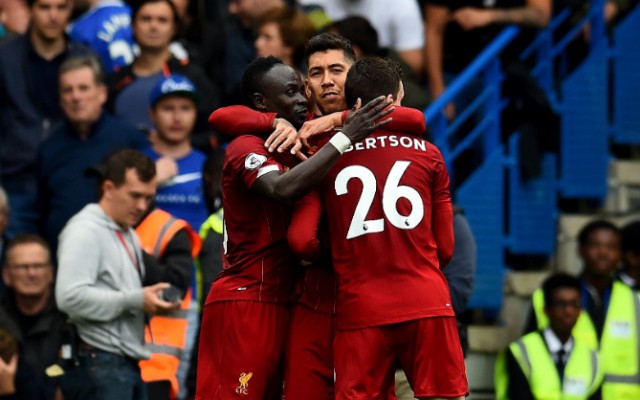 Here’s what Cascarino had to say on the Brazilian:

‘Firmino’s struggles put a strain on Mane and Salah.’

“It is only one goal in 20 Premier League matches now for Roberto Firmino as the Liverpool forward continues to struggle in front of goal.”

“There was nothing particularly wrong with his all-round game against Everton — he linked the play well and was involved in the move for Liverpool’s opener — but his lack of productivity in front of goal is placing a huge burden on Mohamed Salah and Sadio Mane.”

“Should this goal drought continue, Firmino cannot afford the creative side of his game to slip.”

Salah has been the main man for Jurgen Klopp’s side, with 79 Premier League goals since joining. Firmino did best Mane’s tally in the 17/18 season though.

The 29-year-old has laid on two assists from six appearances this season, with Firmino still waiting to hit the back of the net for the first time this term.

Cascarino hinted that Firmino’s quality creativity and link-up play are keeping the Brazil international above the water amid the goals drying up for the ace.