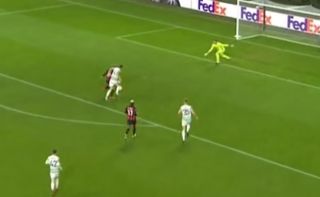 Jens Petter Hauge had already been making a big name for himself in Norway with Bodo/Glimt, but he managed to earn a move to AC Milan after impressing against them in the Europa League.

He’s still being eased into the team in Italy so European competition might be his best chance to play for now, and he sealed the victory over Celtic tonight with a fine composed finish:

Shane Duffy has had a few issues in this game where he’s looked horrendously slow at times, but he was completely exposed here and there was too much ground for him to make up.

Italian giants could lose out to Man United for winger with 14 goals in 17 games this season September 27, 2020 15:50
Manchester United FC