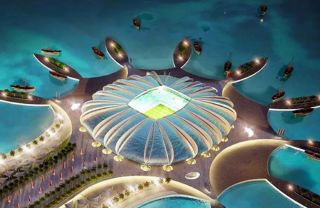 Everybody knows there was something deeply fishy about the awarding of the World Cup to Qatar in 2022, so it did look like something would eventually come along to change it.

We presumed it might have something to do with the alleged bribery, horrific treatment of stadium workers or something else along those lines, but it’s still not clear how the Covid-19 situation will affect things.

We can only hope that things will be back to normal by the time the tournament comes around, and it looks like the plans are to go ahead with the draw and the qualifiers as normal:

The European qualifying draw for the 2022 Qatar World Cup will be on December 7.

Unlike past World Cup draws, it won't be taking place in the host country but in Zurich. And no one from the teams will be there due to the pandemic

Qualifiers played from March to November 2021

It’s a fairly short timetable for the qualifiers to be completed, so there will also be some serious concerns about fixture congestions, while EURO 2021 will eliminate the possibility of the European games being completed over the summer to fit them in.

At least is sounds like the draw will be a fairly low key affair rather than the usual cringe-fest that takes forever to get done, but it will be interesting to see when all the fixtures will be scheduled for.