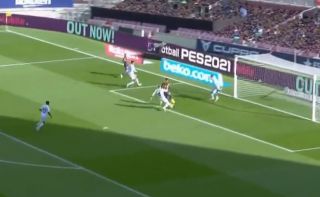 There was a genuine possibility of the youngest scorer record being broken twice in this game, and that’s now on if Pedri can find a way to get on the scoresheet today.

Real Madrid had started well and opened the scoring against Barcelona after a few minutes today, but the TV broadcast was still playing the replays of the goal as Barca poured forward to level.

It’s all about the cross from Jordi Alba, but it means that Ansu Fati is now the youngest scorer in Clasico history:

He broke the record held by the legendary Raúl (18 years and 95 days), becoming the first-ever 17 year-old goalscorer in this fixture! ?? #ElClasico pic.twitter.com/fy5wEM2zLx

Barcelona dealt a huge blow with loss of this player to long-term injury November 7, 2020 21:21
FC Barcelona