There was definitely a more innocent time where we naively thought that VAR would come into the Premier League and solve all the controversial decisions we were seeing.

We did get to see it in a World Cup and some other leagues before it came to England, although there were plenty of red flags over some of the decisions being made.

The World Cup Final between France and Croatia turned on a very harsh handball call in the box which will be familiar to Premier League fans, and it’s just become a total mess.

READ MORE: “There’s no accountability” – Former Premier League ref Keith Hackett questions the appointment of Michael Oliver next week after the debacle between Everton and Liverpool

In some ways it’s actually made the game worse for fans because the technology is literally there to overturn bad calls on the field, yet somehow it’s still being messed up.

We’re seeing cases of it not being used in some blatantly obvious situations, while we can have a game stopped for minutes at a time for something pretty mundane and obvious.

It’s the turn of Chelsea fans to be furious after a baffling decision not to even review Harry Maguire’s headlock on Cesar Azpilicueta yesterday – a clear penalty in a game that finished 0-0 so it was a game changing moment too. 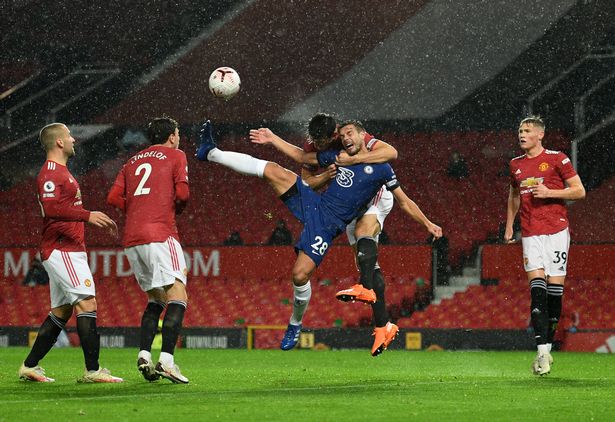 It was a clear foul

We’ve seen plenty of issues in recent weeks but the mistakes keep coming in the highest profile of games, so you do wonder where we go from here.

Former PGMOL boss and Premier League ref Keith Hackett spoke to Caught Offside about some of the recent incidents, and it’s clear that there needs to be some accountability at the top for what we are seeing:

“Once again we have another weekend of football with stakeholders in the game asking serious questions about how the PGMOL match officials are operating VAR.”

As a reminder, the current IFAB guidance states that VAR is there to help officials if there’s a clear and obvious error or a serious missed incident in the following occasions:

Hackett went on to point out some of the big missed incidents recently, and it’s clear that questions need to be answered here:

“It is evident that something is radically wrong with our referees. Last weekend we witnessed Jordan Pickford’s serious foul play going unpunished where VAR and the referee made a catastrophic error by taking no action.”

“Martin Atkinson is one of our most experienced referees, so it was simply amazing that he failed to give a penalty pick when Harry Maguire had a clear stranglehold on Cesar Azpilicueta.”

“Atkinson made a clear and obvious error by not awarding the penalty kick, so VAR official Stuart Atwell should’ve intervened and recommended that Atkinson viewed the pitch side monitor.”

“I would ask the head of PGMOL Mike Riley why his officials are making such glaring errors on frankly easy decisions when seen for a second time.”

“VAR in England is frankly bringing the game into disrepute, and I am amazed that nothing is being done to improve the standard of our officiating.”

It’s tough to figure out what will happen next because something does need to be done, but there’s been so much time and money that’s been invested in VAR so there’s little chance that it gets pulled completely.

It might be overly simplistic, but it does look like the issue either sits with the guidance over how VAR is supposed to be used, or there’s a much larger problem of general incompetence.

One of the biggest concerns with VAR was that it would slow the game down and disrupt things, so it’s possible that the officials are worried about being overly involved and they want to let the game flow, but there needs to be some kind of balance.

As a fan it would be preferable to be having a discussion about speeding up reviews instead of wondering why so many mistakes are being made, so it falls on PGMOL and those in charge to improve things here.