The 23-year-old is a huge talent and looks like he’s surely set for a big career at the highest level, with Football Insider recently claiming he’s already on Liverpool’s radar.

White could be a useful signing for Liverpool this January due to them recently losing Virgil van Dijk to a lengthy injury, and Reds fans would surely also be happy to see their club land this quality talent who could be a fine long-term addition as well as decent immediate cover for Van Dijk.

Potter, however, has brushed off speculation surrounding White, saying it’s just part of the noise that comes with modern football.

“I think it is a bit like it was at the start of the season. All sorts of talk about him doing this, him doing that, and it is generated by outside, by outside of our control really,” Potter was quoted by the Daily Mirror.

“It is part of the football noise. The transfer window closed last week and we are already having conversations around transfer speculation. It’s just the way it is.

“I know he is level-headed enough to not let it affect him. I think at this level you have to know it is part of the territory.

“It is part of the job of being a footballer, while it’s part of what you have to deal with. Consistently all he has done is get on with his football.

“He has come into training, tried to be professional, tried his best, and tried to play football. I have no concerns about Ben.”

Liverpool fans will hope that, despite what Potter says, there is genuine interest in White and that Brighton will struggle to keep hold of him if there is a push to bring him to Anfield in January. 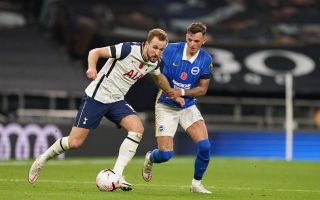