Sometimes being a successful striker requires bravery and desire as well as technical skill, so it’s hard to figure out if Lacazette should be doing better here.

The chance is created by a fantastic touch and cross from Kieran Tierney, but the French striker just hesitates as the defender closes in and he doesn’t get enough on the header:

It’s easy to suggest someone should be braver when they’ve got a boot in their face, but a proper striker will put everything into getting a true connection on this ball and making sure it ends up in the back of the net.

It’s also possible that Lacazette has lost some of his killer instinct by playing out on the wing more often than not, but it does look like Arteta plans to play him as a number 9 more often this season. 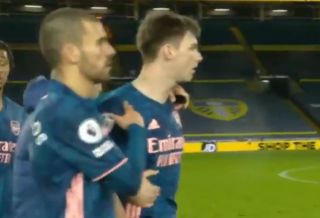 Video: Kieran Tierney has to be dragged away from Alioski after Arsenal draw with Leeds November 22, 2020 19:17
Arsenal FC 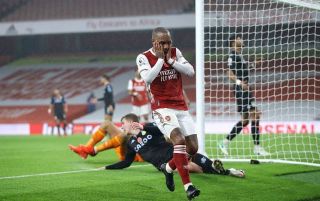