Chelsea legend Alan Hudson admits he feels sorry for Timo Werner after witnessing his struggles in this current Blues setup.

The outspoken former Chelsea midfielder has not held back in his assessment of manager Frank Lampard, whom he has criticised for getting himself into a tactical conundrum in the last few games.

Chelsea have leaked goals for much of Lampard’s reign, with the west Londoners having the worst defensive record in the top half of the Premier League table last season, and they suffered some embarrassing 3-3 draws with West Brom and Southampton at the start of this season as well.

Speaking to CaughtOffside, Hudson explained that he thinks this has seen Lampard go too defensive in response, with Chelsea drawing 0-0 against Sevilla and then again against Manchester United at the weekend.

Lampard can’t seem to get the balance right, and Hudson believes it’s having a negative effect on a top attacking talent like Werner, with the former England international also laying into the CFC boss for being some way off Liverpool’s Jurgen Klopp in terms of the way he sets up his team.

“Frank was desperate to stop conceding so set his stall out to do so, therefore not having a shot on goal at the other end for so long, and in 90 minutes less than any other match this season,” Hudson told CaughtOffside.

“He has now got himself into quite a predicament and is ‘stuck in the middle’. After two 0-0s he’s put himself in a very tricky situation as to how to go about future matches. The creativity was clear – there was none, and the whole team were tuned into keeping a clean sheet as a defeat would have been harmful.

“The strange thing is, even though they’ve been disappointing in drawing 3-3 against West Brom and Southampton – not title winning form – they would have been 3rd had they won. But that wasn’t his objective (against Man Utd) and he was fortunate that Solskjaer had the exact same idea.

“This was a case of two very under-pressure managers … Frank will have had a long hard night sleeping thinking what to do next.”

On Werner and Havertz, Hudson added: “They were both disappointing because this defensive formula was foreign to them. They are both forward thinking players and they must be thinking ‘How many do we have to score to win?’ 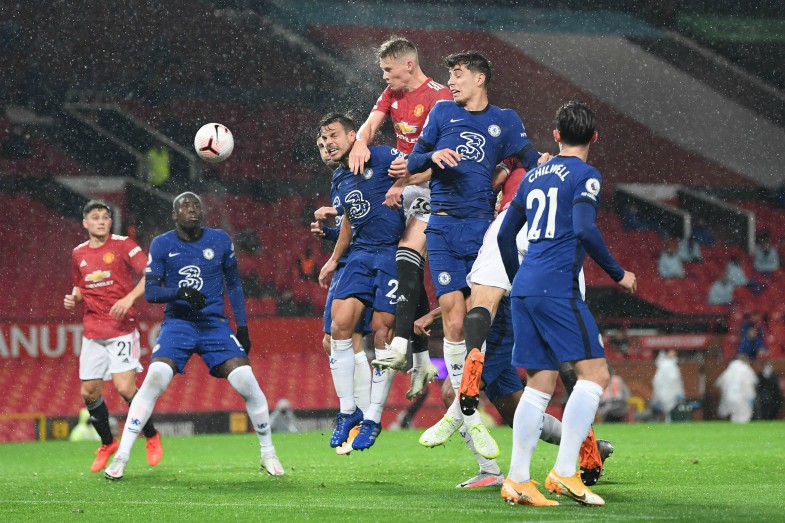 “I feel sorry for Werner in particular, because he’s making some great runs but not being picked out or spotted. If that continues he might stop making them. I watched him against Southampton and for the last goal his head went down as much as to say ‘What have I got to do to be on a winning side?’ Almost every goal he has scored he has had to create himself which tells a story alone.

“It’s like Mane and Salah at Liverpool – if they make runs they get the ball, because that is how Klopp wants the team to perform going forward. Even after losing 7-2 (to Aston Villa) he hasn’t stopped playing the way that won them the Champions League and Premier League, and Frank is nowhere near that level of thinking. He continues to make excuses for mistakes from experienced players who are guilty of such defensive blunders.

“If that is so, he is not good enough for Chelsea’s bid for top honours. He got away with it last year because Liverpool ran away with the title and Arsenal, Spurs and United were poor … this time it will be different with Everton and Wolves improving and Spurs and Arsenal picking up again.”