‘The one that got away’ – it’s a phrase used commonly in football, when clubs allow players to leave prematurely and they end up blossoming elsewhere.

Chelsea allowed Mohamed Salah and Kevin De Bruyne to slip through their fingers, Manchester United lost Paul Pogba and ended up breaking the bank to re-sign him – these costly errors are frequently made and sometimes rectified.

We’ve picked out five players who have been let go by ‘big six’ clubs in recent seasons who would be perfect to fill a void in their team now. 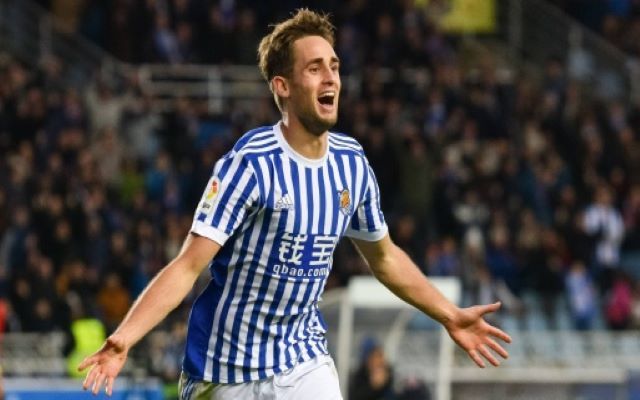 As reported by the Guardian, Manchester United were forced to walk away from their pursuit of Borussia Dortmund winger Jadon Sancho as it would have proven to be financially unrealistic.

If they are in the hunt for an alternative, they ought to look no further than a player of their own produce in Real Sociedad wide-man Adnan Januzaj.

The Belgian has come into his own with La Real. He is finally beginning to fulfil his potential and develop into the player everyone thought he would be when he first came through at Old Trafford.

He would undoubtedly be considerably cheaper than Sancho, meaning that it would be a relatively low-risk, potentially high-reward situation for United.

Ed Woodward should have Januzaj on his list, without a doubt.

The Daily Mail report that City centre-back Eric Garcia, whose contract expires next summer, was subject to a bid from Barcelona over the summer transfer window.

If Garcia does opt to re-sign for his former employers in January when he will be free to discuss pre-contract agreements, City should look no further than a former player of their own – Jason Denayer.

Denayer has developed into an accomplished centre-back at Lyon and has featured regularly for world number one Belgium as a result. Pep Guardiola ought to be taking notice.

Garcia is not a guaranteed starter at the Etihad, nor would be Denayer, but he would be a like-for-like replacement in the squad and is still only 25-years-old.

This one would surely be a no-brainer for City.

With Virgil Van Dijk likely to miss the remainder of the season after suffering an ACL injury against Everton, Liverpool could do with looking to the market in search of defensive reinforcements.

Even before Van Dijk was injured, Liverpool still looked shaky at the back. Coady, who begun his career at Liverpool, could be the ideal solution for manager Jurgen Klopp.

Coady, Wolves’ skipper, is part of what is arguably the best back-line in the Premier League at current. He was rewarded for his good performances with a call-up to Gareth Southgate’s England squad over the last international break. He marked it with his first international goal.

Coady knows Liverpool inside out and is a scouser at heart. You have to think that he would be interested if Klopp came calling – and he really ought to.