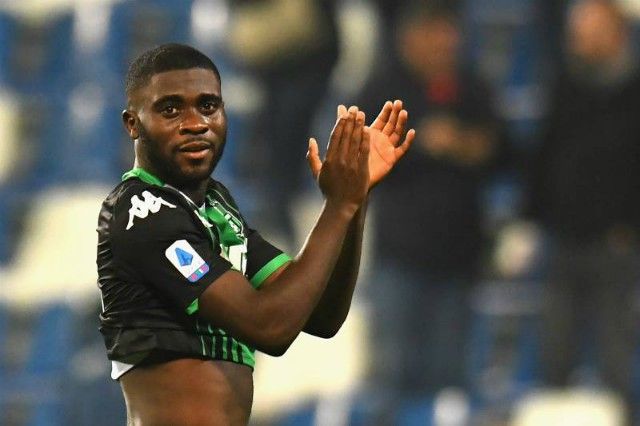 Jeremie Boga is one of the most talented players Chelsea’s academy has ever produced. I personally saw him first-hand feature in the FA Youth Cup during his time at the Bridge and was blown away.

His mazy dribbling skills, electric turn of pace and composure with the final ball were all beyond his years. Boga endured a few dead-end loans while still on Chelsea’s books before deciding to depart on a permanent basis with Sassuolo the recipients.

Boga, now 23-years-old, has been superb with the Serie A outfit. Just as Mohamed Salah did on-loan at Fiorentina years ago, Boga has found the Italian top tier to be a happy hunting ground.

You could argue that Chelsea have a surplus of attacking talent and Boga would be an unnecessary purchase. However, the Frenchman has the innate ability to be as good as anyone else in that Chelsea attack. Frank Lampard could do far worse than take a punt on him.

This one could ruffle a few feathers on Merseyside, but the reality is, especially after Thiago arrived over the summer, Alex Oxlade-Chamberlain does not start in Jurgen Klopp’s best midfield when fit.

He moved to Liverpool to win silverware, he has now accomplished that. What Oxlade-Chamberlain needs (in addition to his fitness) is a place where he is going to be a prominent figure, if he wishes to ensure his place on the plane to the European Championships next summer.

Mikel Arteta’s Arsenal are struggling in the middle of the park in terms of creating opportunities for their attackers. Oxlade-Chamberlain was infrequently given a chance to shine in the middle by Arsene Wenger, but it’s unlikely that Arteta would be so stubborn.

Oxlade-Chamberlain could be the missing link between Arsenal’s midfield and attack, and a return to the Emirates where he adores and is adored could be an option worth exploring.