Manchester United captain Harry Maguire has appeared to hit back at a comment from Chelsea boss Frank Lampard via his Instagram page.

Lampard criticised Maguire for getting Cesar Azpilicueta in a headlock in what certainly looked like a stonewall penalty for the Blues that wasn’t given.

MORE: Edinson Cavani impressing in Manchester United training, one player’s place could be under threat

Maguire, however, also seemed keen to point out that Chelsea right-back Reece James did something similar to him… 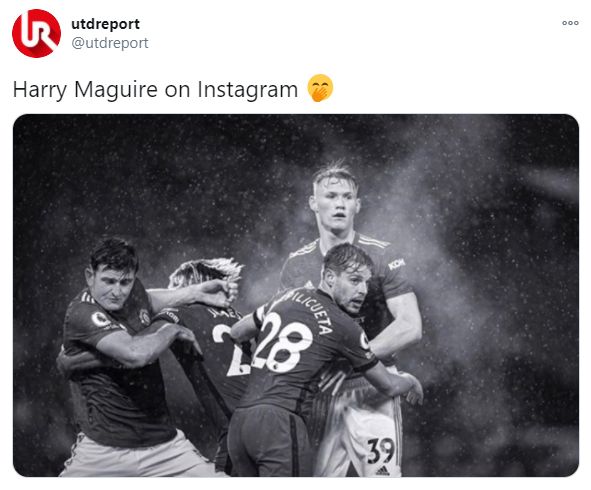 Maguire was clearly not happy with Lampard’s criticism of him, with the bad feelings between these teams continuing even after the game.

United take on Arsenal next in the Premier League but are yet to win a home league game this season.