The Brazil international is likely to have an important role to play for Liverpool this season after the recent blow of a long-term injury to Virgil van Dijk, as he is capable of moving from midfield into defence as an emergency option.

However, there are now doubts over Fabinho’s own fitness, with Klopp quoted by BBC Sport as saying it’s not looking good for the player after he suffered hamstring injury last night.

With Van Dijk out, Liverpool won’t want to be relying for too long on just Joe Gomez and Joel Matip, the latter of whom has also had a number of injury problems in recent times.

This means it’s crucial the Reds can get Fabinho back as soon as possible, but fans won’t be too optimistic after what Klopp had to say on his situation. 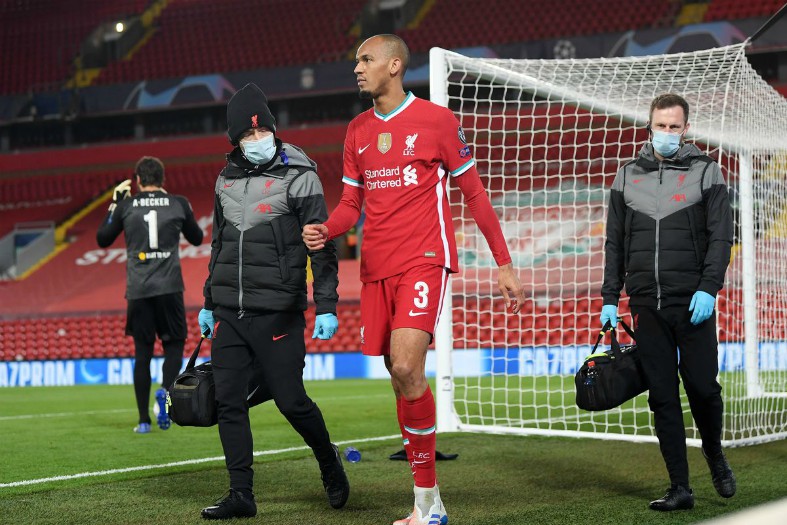 Liverpool have been dealt a further blow with Fabinho’s injury

“He felt his hamstring, and that’s not good,” Klopp is quoted by BBC Sport.

“He said he could have played on but no sprints, which doesn’t help. We will see, we will know more after a scan but clearly it isn’t good.”