Some football fans have been left furious after most of Krasnodar’s players that were starting against Chelsea refused to take a knee before kick-off.

Taking a knee is a gesture that has become synonymous in the battle against racial injustice, with Premier League teams adopting this since last season’s Project Restart.

UEFA haven’t stated that teams must do this before kick-off, which was clear as seven of the Krasnodar starting eleven refused to do so.

The I’s James Gray reports that only four of the Russian side’s players took the knee, with pictures seemingly confirming that.

By my count, four of the Krasnodar starting line-up took the knee with Chelsea and the referee in the "united stand" against racism. 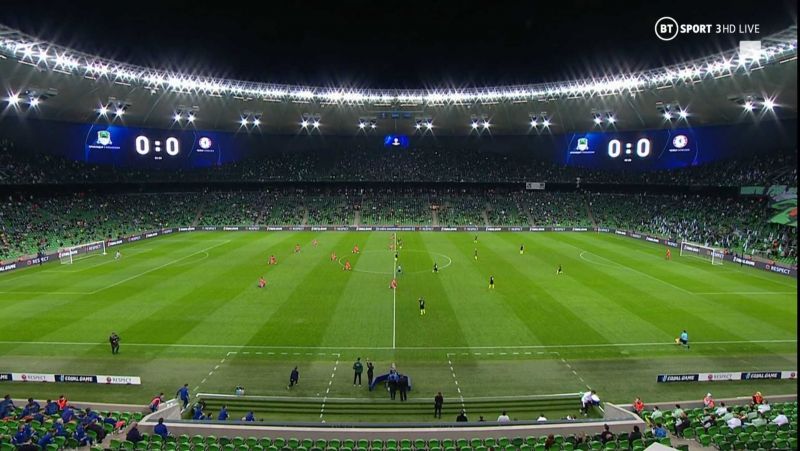 Is it just me or did I really see some of the players of #Krasnodar not taking the knee in support of the #BlackLivesMatter movement? #Chelsea

Hey @btsport, why are you cutting away from the Krasnodar players not taking the knee? Keep the camera on them and shame them #BLM

Why didn’t all Krasnodar players bend the knee?

Some of the Krasnodar players refuse to take the knee

The most disappointing thing to come out of this was that none of the major broadcasters mentioned it, instead quickly cutting their cameras to another angle to make it seem like it didn’t happen.

This comes less than 24 hours after Marseille were also slammed for not taking the knee before their Champions League defeat against Manchester City last night.