It’s always going to be tough for a youngster to break through at Man City and Real Madrid, so it’s no great surprise that Brahim Diaz has failed to get a regular run of games so far in his career.

A loan move to AC Milan has given him more opportunities to play, and he’s really starting to impress in the Europa League.

He scored a well taken goal against Celtic last week, and he’s followed it up with a lovely composed finish tonight:

So many players will slash at that with their left foot and waste the chance, but he shows the skill and composure to let the defender commit himself before slotting it away with his right instead.

It might still be too much of a challenge to break into the Real Madrid team, but he’s certainly showing that he’s capable of playing at a very high level. 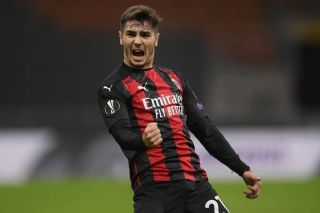