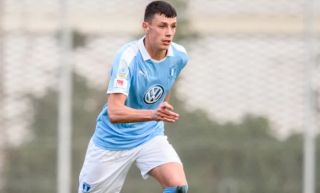 Chelsea usually make a few moves in each window where it’s clear that a player isn’t for now, but they’ll loan them out with the hope that they develop into a first team player or a sellable asset.

That didn’t really happy this summer as they focussed all their efforts on filling the holes in the first team, but a report from Swedish outlet Expressen has suggested they are looking to sign a talented youngster.

Anel Ahmedhodzic is a talented young defender who does have some experience in England with Nottingham Forest, but he’s really broken through at Swedish side Malmo.

He’s become a first team regular in recent months and he’s also managed to gain a couple of caps for the Bosnian national team, so it’s clear that he has a big future.

The report states that Chelsea are ready to offer €8m to sign the youngster, although his contract runs until 2023 so they aren’t under immediate pressure to let him go.

He’s still developing and relatively inexperienced so it would be a surprise if he went straight into the first team, but he would make sense as a developmental signing for the future who would go out on loan.