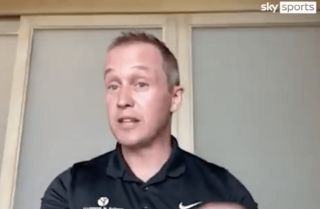 Once Virgil van Dijk stayed down after a horrendous challenge from Everton’s Jordan Pickford in the Merseyside derby, Liverpool knew that something was badly wrong.

The Dutch colossus limped off of the Goodison Park pitch, and tests soon confirmed a cruciate ligament problem requiring many months of rehabilitation before the centre-back can even think about getting back on the pitch again.

Former Liverpool physio, Andy Renshaw, gave an insight into the expected timeframe regarding a return, and also the expectation on the player during the period of inactivity.