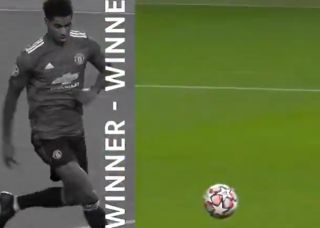 Sometimes you just can’t beat a bit of pace of the bench to exploit a tired team who are pushing to get back into a game, and Marcus Rashford completely tore RB Leipzig to shreds this week.

He came off the bench to score a hat trick in their 5-0 victory, and he’s been rewarded with the Champions League Player of the Week award:

The MD2 Player of the Week? It just had to be Marcus Rashford! ?#UCLPOTW | @FTBSantander pic.twitter.com/nmCWTuPdB1

His form has been a bit inconsistent this season as he’s occasionally struggled for confidence, but he’ll be expecting to start against Arsenal this weekend after such an impressive showing.