It’s one thing after another for Barcelona in this awful year for the club.

No sooner do the Catalans appear to be moving forward in one respect, than something from left field stops them in their tracks.

This time things could get very serious indeed, however.

According to MARCA – who reference reports on radio station RAC1 – and cited by Football Espana, Barca need to reduce their current annual player wage bill by 30%, estimated to be €190m, before November 5.

Were they unable to do so, in a worst case scenario La Liga could enter bankruptcy proceedings against them as early as January next year.

It brings into sharp focus just how badly managed the club has been under the presidency of Josep Maria Bartomeu.

The coronavirus pandemic is a convenient get-out for a board that were spending money hand over fist long before the lack of supporters inside stadiums saw their cash flow take a real hit.

Whomever is elected as the new president of the club certainly has a huge job on their hands. 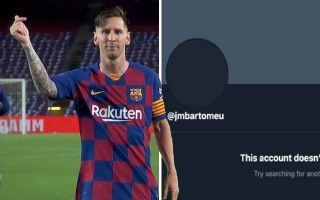