According to Spanish publication Sport, Gerard Pique’s contract may only be extended until the summer of 2024 if a certain amount of appearances are made in the 2021/22 season.

Barcelona announced a new deal for their long-serving centre-back after their Champions League win against Ferencvaros, stating that the final two years of the deal are tied to an appearances clause.

Sport now report that Pique, will have to play in 35% of Barcelona’s games in 21/22 to secure the rest of the deal, otherwise Barcelona will have the option to release the defender.

It’s added that the 33-year-old has also accepted a 50% pay cut for this season as part of the new deal, his previous contract was running until 2022 so this is some smart negotiating by Barcelona. 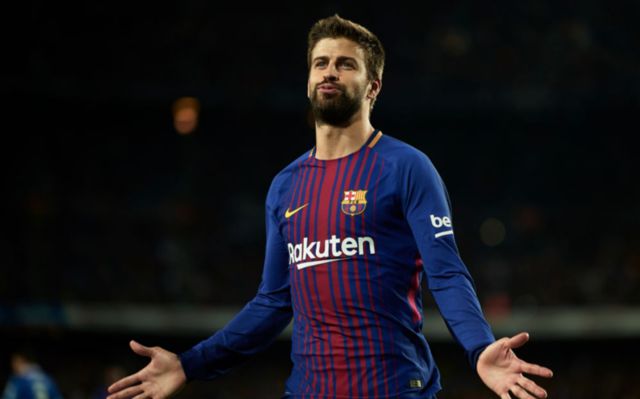 The contract terms don’t solely benefit the club though as Sport add that Pique has the option to leave or retire on a free at any time, but he won’t be allow to join another top European club.

Pique has played the entire 90 minutes in all of Barcelona’s league games so far this season, but was sent off in the Champions League tie against Ferencvaros after a reckless decision.

The 6ft4 star is still a key player, with Pique and Clement Lenglet remaining as the preferred centre-back partnership under new boss and Barcelona legend Ronald Koeman.

Barcelona have acted wisely to tie Pique down to a new deal, which includes clauses that are beneficial to both parties, due to their limited options in central defence at this moment in time.

Ronald Araujo is acting as the third-choice due to Samuel Umtiti’s continued struggles with injuries.