According to Goal’s Chelsea correspondent Nizaar Kinsella, talented prospect Henry Lawrence is set to sign a new three-year contract with Chelsea in the coming days.

Chelsea state that the 19-year-old joined their academy ranks at Under-9s level, with Lawrence since becoming a full-back after displaying some serious versatility for the Blues.

This season, the youngster has made the right-back spot his own, with Lawrence also capable of playing on the opposite flank if needed.

Henry Lawrence will sign a new three-year deal for Chelsea in the next few days.

Another boost for Chelsea at youth level ahead of the FA Youth Cup semi-final against Manchester United on Friday: https://t.co/FJGmttmnYN https://t.co/qTxXwpCixF

Kinsella had reported at the start of the month a new contract was in the works, with Lawrence to be loaned out after.

But with almost all top European leagues’ transfer windows now closed, it looks like the England Under-20s international will have to wait until January to get his first taste of first-team football.

It’s added that Lawrence has even become a regular when it comes to first-team training recently, which shows that the ace is ready to take the next step in his career.

‘Get him over, get him training with us’ – Frank Lampard names the next Chelsea youngster he wants promoted June 3, 2020 20:07
Chelsea FC 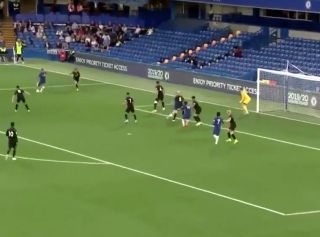