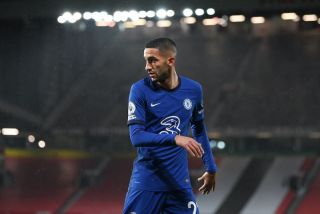 Chelsea new-boy Hakim Ziyech has issued a passionate statement after his side’s match against Burnley yesterday which saw the Moroccan get on the scoresheet.

Ziyech, 27, joined Chelsea from Ajax during the summer transfer window in a move which cost the Blues £36m, as per TransferMarkt.

Although arriving not at full fitness, Chelsea’s new attacking midfielder has hit the ground running after already being directly involved in three goals from his first five appearances.

Speaking exclusively to Chelsea’s official website after yesterday’s game, Ziyech revealed how much he is enjoying life in London and how important it is to play with confidence, he said: “It has been a really good week for me and hopefully we can continue.

“Especially after the European game, coming here [to Burnley], I think we did a really good game. We started well and gave Burnley problems. They had one big chance at the beginning but after that we controlled the game.

“Life at Chelsea is good, I am where I am supposed to be. I feel good and feel at home and everything is fine.”

During the week, leading up to Chelsea’s game against Burnley, manager Frank Lampard was quick to pay tribute to Ziyech’s attitude, in response his boss’ comments, Chelsea’s attacker said: “It is one of the most important things, that you play with confidence and don’t be scared of making mistakes.”

Chelsea’s next game is against goalkeeper Edouard Mendy’s former side Rennes in the Champions League group stage which is scheduled to take place on November 4. 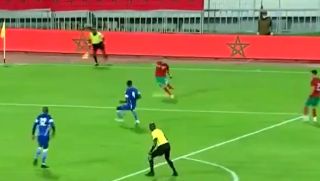