Liverpool legend Jamie Carragher has hit out at conspiracy theories that tend to do the rounds from Reds fans about Sky Sports commentator Martin Tyler.

The pundit works alongside Tyler so is always likely to defend him, but he slammed the “absolute nonsense” that Liverpool fans spout against one of the country’s most famous footballing voices.

It’s been widely felt for some time by many Liverpool fans that Tyler doesn’t like them, and that he doesn’t tend to react as excitedly to their goals or big moments as he does with other teams. 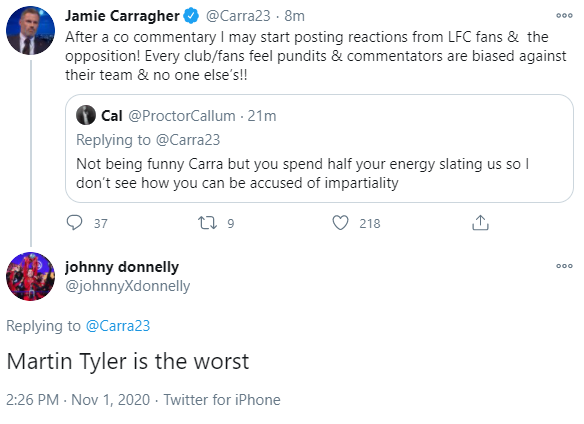 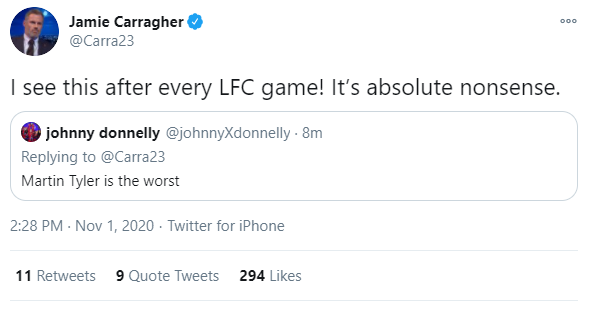 Let’s be honest, probably every football fan on Earth feels like everyone is biased against their club, so quite why this has taken off so much is beyond us.

Carragher will hopefully put some Liverpool fans’ minds at ease with his comments, but we wouldn’t bet on it, though it would be nice to see one of the best commentators in the business get a bit more respect!