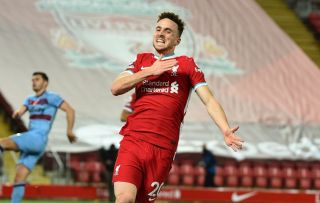 Liverpool summer signing Diogo Jota is settling in well at the club, and has just become only their second player in the Premier League era to achieve an impressive record.

The Portugal international scored Liverpool’s winner against West Ham yesterday, meaning he’s now scored in all three of his first three games for the Reds at Anfield.

According to Opta, this makes him only the second player to do this in the Premier League era, following in the footsteps of Luis Garcia 16 years ago…

3 – Diogo Jota is just the second player to score in all of his first three @premierleague appearances for @LFC at Anfield, after Luis Garcia in October 2004. Magic. pic.twitter.com/0IbGXGl3IX

Jota joined Liverpool from Wolves in the summer and has not disappointed so far, with fans sure to be really warming to their new addition.

With the goals drying up for Roberto Firmino, it’s a big boost for LFC that Jota has shown himself to be so reliable in front of goal.

Speaking to CaughtOffside recently, former Liverpool left-back Paul Konchesky admitted he’d been impressed by Jota and that he looks a player who could potentially replace the goal-shy Firmino.

“He (Jota) has settled in really well since he’s been there,” Konchesky told CaughtOffside. “We know he has got the quality, as he showed it in a very good Wolves side. It’s a great option to have at a club like Liverpool.

“He (Firmino) brings more than just goals, but it is a massive worry that he’s not scoring many. It might be why Jota has come in and maybe he’ll play a bit more than Firmino now.” 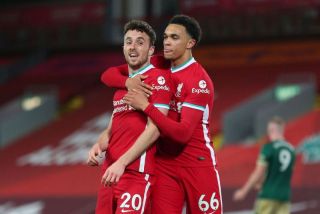