You really must be a glutton for punishment if you are a football referee and Tory MP in Scotland, so at least Douglas Ross must have some pretty thick skin on him.

He’s caused a few issues over the years when he’s been missing for votes or debates in parliament due to his refereeing duties, but it looks like he might be in trouble now.

A report from The Daily Record has confirmed that he now faces a ban after FIFA received a complaint about him breaching ref neutrality rules by putting pictures of him in action on his party literature. 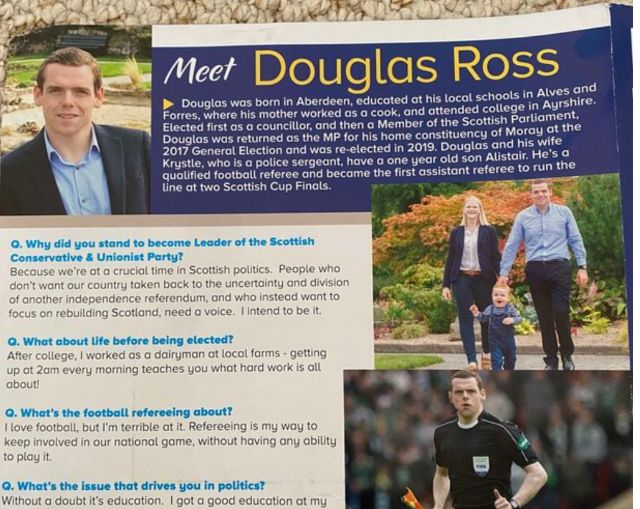 In many ways his position as linesman is the perfect metaphor for his role as the Scottish Tory leader as he holds no real power and is mainly reduced to standing on the side-lines trying to attract attention with the occasional signal.

He’s also pretty inadequate as a match official too so this won’t be a major loss to Scottish Football if he is banned.