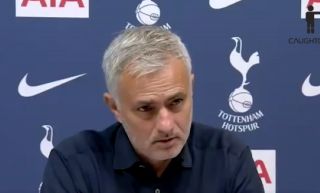 Gareth Bale had a strange relationship with the Real Madrid supporters, because he came up big on so many huge occasions for them, yet it still felt like they didn’t really respect him.

That could be down to the Spanish press doing all they could to paint him as a golfer who was being paid a lot of money to sit on the bench, so it was good to see him get a return to Spurs this summer.

Bale scored the winner today and he’s slowly getting into shape, but Jose Mourinho also couldn’t resist having a cheeky dig at his old club and their fans for how they treated the Welsh star:

“When I have five minutes I am going to Safari to look at Madrid's website to see what they say" ? pic.twitter.com/mLXRJwIUpe

He is only on loan from the Spanish giants so a permanent deal may still need to be worked out next summer, but it’s hard to see him actually going back to Madrid.