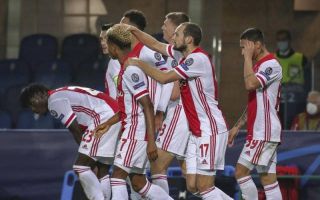 As reported by Dutch publication De Telegraaf, there is significant COVID concern at Ajax on the eve of their Champions League clash with FC Midtjylland.

Ajax responded to their matchday one defeat to Liverpool by earning a point away at Atalanta. A trip to Denmark to face FC Midtjylland is booked in for tomorrow evening.

However, there is question marks over what sort of team Ajax will be able to field, as De Telegraaf report that there has been as many as 11 positive coronavirus cases at the club.

The report notes that it is currently unknown which Ajax players have contracted the virus, but it’s spread across both the first-team and Jong Ajax, causing disruption ahead of tomorrow’s game.

De Telegraaf note that Ajax are not entirely convinced over the accuracy of the tests and will look to retest and submit the results to UEFA, though there is no guarantee they will allow the players in question to participate at such short notice.

This is what the landscape of the football world looks like currently, with coronavirus being the major disruptive factor ahead of matches, rather than injury or fitness.

There’s no end in sight for it, either. For Ajax’s sake, let’s hope that much of their starting eleven has escaped unscathed and will be able to feature. Though, that’s hard to believe.