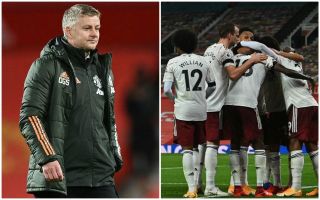 Manchester United have matched an unwanted record from 48 years ago with an awful start to the league season at Old Trafford.

Following defeats to Crystal Palace and Tottenham and a draw with Chelsea, United were beaten 1-0 at home to Arsenal in yesterday’s Premier League clash.

The Gunners went into the game with a shocking record at Man Utd’s home ground, but Pierre-Emerick Aubameyang’s second half penalty gave them their first win there since 2006.

With United once again failing to win at home, that means they’re winless from their first four home league games of a campaign since all the way back in 1972/73.

According to Opta, they finished 18th that year…

4 – Manchester United have failed to win any of their opening four top-flight games at Old Trafford for the first time since 1972-73, a campaign in which they finished 18th. Nightmare. pic.twitter.com/Cx2GAdrfFh

This is truly embarrassing for a club of United’s size, with Old Trafford a fortress that intimidated opposition teams for so long during Sir Alex Ferguson’s reign.

So far this season, the Red Devils have scored just two goals in home league games, and have conceded ten.

The 6-1 humiliation against Spurs was the worst of the lot, but they’ll also be disappointed not to have bounced back against an Arsenal team that so often struggle in away games against the big six.

As well as ending a long winless run at Old Trafford, Arsenal won away against a big six side for the first time since beating Man City 2-0 at the Etihad Stadium back in 2015.