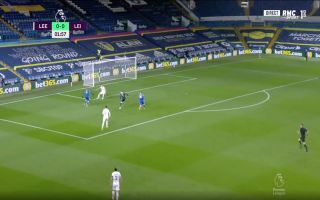 Leeds United were immediately punished after missing a chance tonight, as Leicester countered and scored at the other end.

After Patrick Bamford’s header went straight at Kasper Schmeichel, the ball was rolled out to Christian Fuchs and the veteran showed his quality’s still all there with a dangerous ball over the top.

Robin Koch succumbed to the pressing by Harvey Barnes by playing a poor pass back towards the keeper, which the relentless Jamie Vardy latched onto.

Vardy effortlessly rounded the keeper before acting unselfishly as he slotted the ball across to Barnes, leading to an easy tap in to fire Brendan Rodgers’ side into the lead.

Patrick Bamford misses a huge chance for the hosts before #LCFC go up the other end and take the lead! ?

This is the perfect example of the kind of pressure and intensity that the Foxes have on the break. 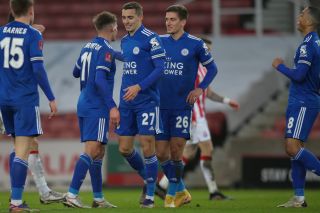 Journalist claims a transfer to Liverpool could be possible in the future for Premier League star Jul 9 2021, 17:37
Liverpool FC