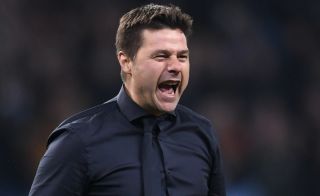 Pochettino, 48, has spent the last 12-months out of work having left his last position with Spurs back in 2019 and is, by his own admission, looking forward to returning to football.

The Argentinian manager made a special guest appearances on Sky Sports’ popular Monday Night Football last night to offer a unique insight into his ambitions and past endevours.

Pochettino managed Spurs for five and a half years and is considered one of the club’s best ever gaffers after building a club capable of competing for top-flight silverware, most notably with a small budget.

Since his dismissal from Spurs, Pochettino has been relentlessly linked with a move to Old Trafford, especially since The Mirror ran a recent report suggesting United’s executive vice-chairman Ed Woodward was prepared to sake Ole Gunnar Solskjaer.

However, given the Reds’ recent on-field struggles, especially at home in the Premier League, Pochettino has since seen his United odds slashed.

Despite speculation surrounding where the South American will manager next, an incredible stat has emerged which proves why the former Spurs gaffer could be in hot demand.

Pochettino has a quite remarkable record against the league’s ‘Big Six’ whilst showcasing the lowest net spend as well as very few big name signings, if any.

Where do you think Poch will manage next? – Let us know in the comments.