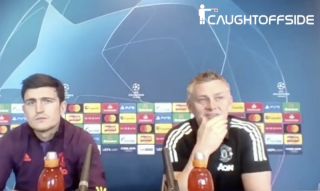 Pogba, 27, who has spent the last four years with United after rejoining from Juventus and has always found himself the centre of attention.

The midfielder who won the FIFA World Cup in 2018 with France is frequently targeted for his inconsistent performances with his latest poor showing coming during his side’s 1-0 defeat to Arsenal last weekend.

Speaking ahead of the Reds’ third Champions League Group H match against Istanbul Basaksehir tomorrow night, the Norwegian has addressed his midfielder’s form.

“We need consistency from every one of our players and that’s what we want.” pic.twitter.com/1Hhe6O1czV