As Liverpool sit ominously at the top of both the Premier League and their Champions League group, it’s a fair bet that Jurgen Klopp will be happy with how things are looking despite injuries to key players.

The German will be largely celebrated as the man that has brought the glory days back to the red half of Merseyside, and whilst that’s ostensibly true, there are others that surely deserve a pat on the back.

“You just have to tip your hat off to the recruitment team because would you say there were many people who were after Jota?,” he said on BT Sport, cited by the Daily Express.

“I think if you go through it, Salah was at Roma, Chelsea. Alisson, there wasn’t loads after him. Robertson was £7million from Hull. Wijnaldum, Newcastle. Mane even.

“People said he was overpaid so I think Michael Edwards and all the recruitment team deserve a lot of credit.”

The truth of the matter is that for any business to be successful, all of the elements need to fall into place.

It’s arguable that a club’s success hinges on that fact and if even one isn’t aligned correctly, that could be the difference.

At present, Liverpool supporters will surely be delighted with the direction that their club is taking, both on and off the field, where things appear to be extremely healthy in all senses bar the injuries to the likes of Virgil Van Dijk and Fabinho. 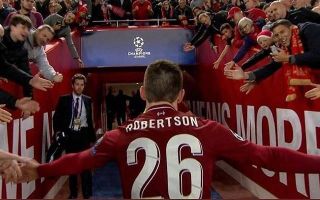