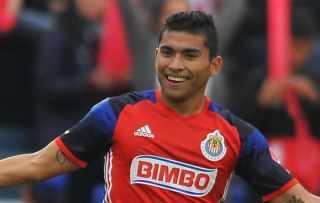 It would probably be a surprise if clubs were highly active in the January transfer window, mainly because the financial situation has possibly become worse in recent months.

What that does mean is clubs will need to work harder when it comes to identifying bargains for the summer, and it sounds like Spurs and Arsenal could be set to fight it out over Mexican star Oberlin Pineda.

A report from 90min has indicated that the two London clubs have been scouting him for a while now, but they could also face competition from five other Premier League clubs as well as multiple European sides.

READ MORE: Spurs hopeful of tying up a key player by January as they agree to hand out a mammoth contract worth £200k+per week

He’s described as an exciting winger who’s seen as one of the brightest stars in Mexican football, while he’s only 24 and his contract runs out at the end of next year so it’s easy to see why a lot of teams would be interested.

He’s spent his entire career in Mexico and he has plenty of international experience, but he’s more of a provider than a goalscorer as he’s never managed to bag more than five goals in a single season.

It sounds like he’s very keen to move abroad to further his career and next summer could be ideal time with his contract expiring a few months later, but it also means that a fee would be required.

He’s going to have a lot of suitors and there’s no sign of any team being considered as favourites to sign him just now, but it’s certainly a name to keep an eye on next year.