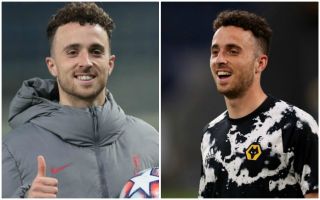 A tweet from a Wolves fan when they sold Diogo Jota to Liverpool has backfired spectacularly after his superb start to life at Anfield.

The Portugal international looked a classy performer during his time at Molineux, and it seems inevitable he would have found his way to a bigger club eventually.

Still, when he was eventually sold to Liverpool in the summer, one Wolves fan on Twitter suggested they got the better end of the deal by letting Jota go for so much money.

See the tweet below, plus reaction from a Liverpool fan now after Jota’s hat-trick in the Reds’ 5-0 Champions League win over Atalanta last night…

If this Wolves fan really was being serious, the tweet does look very embarrassing now after Jota’s outstanding performances.

And at the age of 23, he surely still has his best years ahead of him and could go down as a major bargain for LFC.