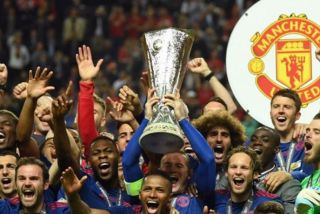 Man United’s slow decline from dominance to mediocrity has been more or less completed in recent years, although they did manage to scrape Champions League this season after a fantastic late showing last campaign.

They’ve become used to playing in the Europa League in recent years and it appears that it’s ingratiated in the culture of the club, as even the social media team have been applying the UEL hashtag to their tweets today: Clearly it’s just an innocent slip of the keyboard but it’s still funny, and after the result tonight it’s probably a good idea to keep that hashtag on standby for later on this season.