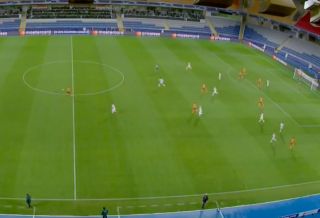 Coaches will be split on attacking corners if they want to match up with any players the opposition leave up the pitch or if they want to have a spare man, but it’s universally accepted that you keep someone back.

Demba Ba was given so much time and space for the opening goal tonight as the entire United team pushed up for the corner, and it does make you wonder how a professional team can get themselves in this position:

Opening goal via @btsportfootball's '180 Tactical' camera 1) Istanbul Basaksehir win the ball back 2) moment they play it forward 3) Demba Ba collects the ball 4) when he scores against #MUFC. Still trying to get my head around it pic.twitter.com/A1pkiCPHzg

That lack of organisation would genuinely be shocking at schoolboy level, so it does make you wonder if the current coaching staff is good enough to properly drill the players in the basics.

READ MORE: “No hard feelings” – These Man United fans urge the club to sack Solskjaer in favour of a proven Premier League manager