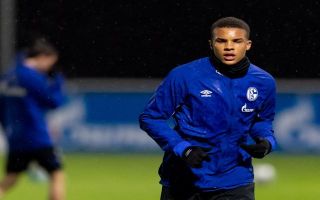 Liverpool have done a great job of getting by when you consider the amount of defensive injuries they’ve suffered this year, but it looks like it would make sense to add at least one more player in January.

They looked light on numbers at the start of the year and another couple of injuries could be an absolute disaster, but any new signing would need to be someone who won’t expect to start every game when the stars start to return.

That suggests they would move for a veteran defender or an emerging youngster, and a report from German outlet Bild has indicated that they are looking at Schalke youngster Malick Thiaw.

The 19 year old defender has started to break into the first team in recent months and he looks like a shining light in a particularly poor side, so Liverpool fans will be intrigued to hear that they have made contact about a January move.

It’s also confirmed that he recently signed a new deal until 2024 and it doesn’t contain a release clause, so the German side aren’t in a position where they will be forced to sell.

He’s a big aggressive defender who’s good on the ball so he sounds like a great prospect, so it could make sense to bring him to the club in January so he can provide cover and settle in, before loaning him out next year to further his development.