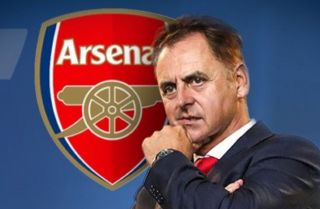 There’s been a lot of talk recently about a shake-up behind the scenes at Arsenal as they look to improve the structure of the club, but the latest departure is one that they probably didn’t see coming.

The Athletic have reported that their Head of Coach and Player development Marcel Lucassen has decided to resign due to personal reasons, and it sounds like he could be a big loss.

They confirm that he was brought in by Per Mertesacker because of his outstanding work with the German national team, and it’s understood that his technical expertise was vital as they looked to instil a new culture at the club.

It’s suggested that they have an internal replacement in Luke Hobbs who is currently Head of Academy coaching, so he’s expected to take over Lucassen’s duties which includes recruitment and development at the club.

It’s not clear how this will impact the current shake-up behind the scenes, while he’s obviously well regarded at the club it may be impossible to tell if this will have a big impact going forward.