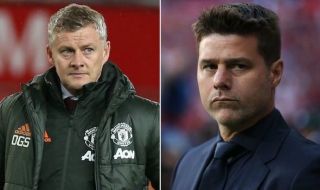 Manchester United manager Ole Gunnar Solskjaer is now odds-on to be sacked by the club before Christmas this year.

The Red Devils have not made the best start to the season, with last night’s Champions League defeat at the hands of Istanbul Basaksehir surely putting him under real pressure.

This also came just days after a 1-0 home defeat to Arsenal, which extends the team’s awful run of form at home in the Premier League at the moment.

Ladbrokes have been in touch to tell us that United now look increasingly like they could make a change in the dugout very soon, with Solskjaer 8/11 to be given the axe before December 25th.

He’s also the favourite at 4/5 to be the next Premier League manager sacking, while Mauricio Pochettino is also odds-on at 1/2 to replace the Norwegian tactician at Old Trafford.

Pochettino did fine work at Tottenham and seems ready for a job of this size, with United fans likely to agree he’d be a considerable upgrade.

Alex Apati of Ladbrokes said: “Solskjaer’s days are surely numbered at United and with Pochettino sniffing around, there’s every chance Ole’s wheels will have come completely off by Christmas.”