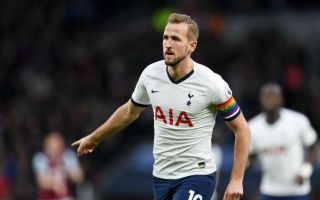 It’s been beyond reasonable doubt for a long time that Harry Kane is a world class striker.

His movement, passing ability and goals elevate him into that elite bracket, however, it does sometimes appear that the Tottenham man doesn’t get the credit that he deserves.

The North London outfit have been the grateful recipients of his services and it’s safe to say now that he’s paid them back many times over.

Indeed, there’s one particular stat that evidences just how good he is.

His goal against Ludogorets in the Europa League has taken him to 200 for the Lilywhites. What’s more, it was his 100th away goal and all of those strikes have come in just 300 appearances.

He’ll take a while to reach Jimmy Greaves’ 266, but the way in which he’s playing, you wouldn’t bet against him doing so, and perhaps going on to reach a total that may never be beaten.

200 – Harry Kane has scored his 200th goal for Tottenham Hotspur, the third player to reach the milestone for the club. His strike tonight was also his 100th away from home for Spurs. Elite. #LUDTOT pic.twitter.com/wFY3WN6S0K

Good win and a proud night for me reaching 200 @SpursOfficial goals. More to come. ??? pic.twitter.com/5T9WDmaF9I