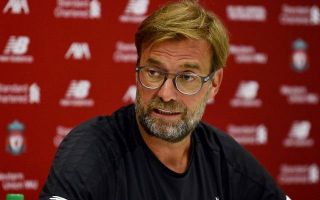 Jurgen Klopp has confirmed that Liverpool midfielder Thiago will miss his side’s clash with Manchester City this weekend, as reported by James Pearce on Twitter.

Thiago is one of the most talented players to move to the Premier League this summer. His acquisition from Bayern Munich was the perfect way for Liverpool to kick-on from their title triumph, along with the signing of seven-goal Diogo Jota from Wolves.

However, the Spain international sustained a knee injury during the 2-2 draw with Everton in the Merseyside Derby. Though the damage done is not as serious as was inflicted onto teammate Virgil Van Dijk, Thiago still hasn’t played a minute for Liverpool since.

It doesn’t look as though he will be returning to the field this weekend against City, managed by former boss Pep Guardiola, either. Klopp has confirmed in his pre-match press conference that Thiago is still not fit enough to feature for the reigning champions.

Klopp on Thiago: “No, Thiago is probably not ready to return. No surgery needed but it was still an injury and with this type you look day to day. When he has no problems any more then he can train. That’s not the case yet with Thiago.” #LFC #Thiago

Hopefully it won’t be too long before Thiago is ready to return to action. It was a horrendous challenge from Richarlison that left him with an injured knee. It would be a dear shame to see him miss an extended run of games as a result of it. 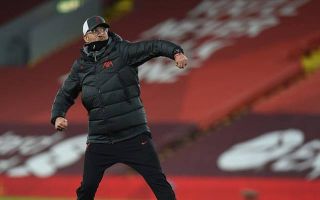 Brilliant news for Liverpool on the injury front as superstar is snapped returning to training Dec 18 2020, 6:47
Liverpool FC

Thiago’s potential move to Liverpool could hinge on this deal being done by Leeds Sep 5 2020, 22:37
Leeds United FC