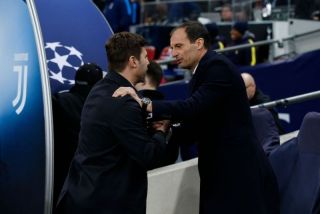 Solskjaer has come under intense and increasing criticism almost throughout his entire 18-month reign as United boss; partly down to his inexperience, but also down to the side’s on-field inconsistencies.

United sit 15th in the Premier League after six games and should they be defeated by Everton on Sunday could sink as low as 17th place.

Elsewhere, in Europe, the Champions League had been Solskjaer’s saving grace. Group game wins against PSG (2-1) and RB Leipzig (5-0) saw United rocket to the top of Group H’s table and firm favourites to make it to the knockout stages.

However, in good ol’ Solskjaer fashion, just when things looked to be going well for the Reds, they suffered a shocking 2-1 loss to Istanbul Basaksehir earlier in the week which has prompted even more speculation surrounding Solskjaer.

According to a recent report from leading journalist Miguel Delaney from the Independent, both Pochettino and Allegri are keen to take on the United job, despite previous managers suffering with a lack of backing from the board.

It is believed that both world-class managers feel they can change United’s fortunes around.

Do you think United will give the boot before Christmas? – Let us know in the comments.