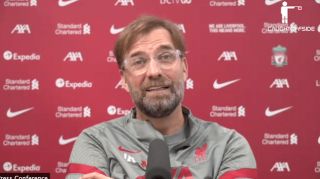 Ahead of Liverpool’s next Premier League match against Manchester City, Jurgen Klopp has launched an impassioned defence of under-fire Roberto Firmino.

Much has been made of the Brazilian’s lack of output in a scoring sense, particularly given the way in which new signing, Diogo Jota, has hit the ground running in that regard.

During his press conference for the City game a reporter asked Klopp to explain just what it was that was so special about Firmino, and it’s fair to say that the German was stunned by the question.