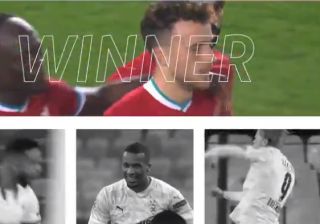 It was expected that Diogo Jota would be a very good back-up for Liverpool this season after joining from Wolves, but Jurgen Klopp’s front line was up there with the best in the world so there was no shame in playing second fiddle.

He’s already started to show that he could be better than Roberto Firmino in this side and he certainly carries more of a goal threat, so he’s got a real chance of establishing himself as a starter.

He was amazing vs Atalanta as he netted a hat trick in a crushing 5-0 victory, and he’s been rewarded with the Player of the Week award: