According to the Sun, Chelsea youngster George Nunn was robbed of an £8,000 watch whilst out with his girlfriend, Highbury Corner Youth Court heard.

The Sun report that robbers threatened to stab the 18-year-old as they stole his Omega Seamaster watch, with the incident taking place in Mayfair, central London.

It’s stated that the centre-forward offered the muggers £1,000 to hand the piece of jewellery back, with Nunn’s girlfriend finding the time to alert the police at this moment.

The Sun report that one of the thieves escaped, but another, a 17-year-old student from South London, has been handed a ten-month community order and forced to pay £500 in compensation to George.

Chelsea state that Nunn is contracted until 2022, with the young forward joining the Blues from the highly-rated Crewe Alexandra academy at the end of his Under-16s year.

Nunn, an Under-19s international for the Republic of Ireland, is now part of the Under-23s side, but has been unable to register a goal contribution in seven appearances so far this season. 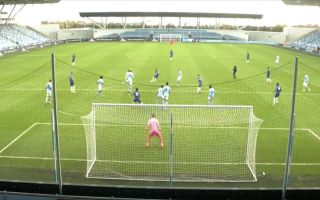