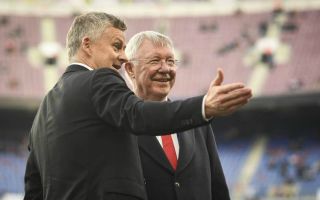 Ole Gunnar Solskjaer may be one of the most frustrating managers in the Premier League to judge because there really is no in-between when it comes to his reign.

He’s either developing a team that’s capable of playing exciting counter attacking football who could even be considered as title challengers, or his players are putting in performances and making decisions that would genuinely disgrace some Sunday pub leagues.

Today was the latest example after he bounced back from the awful loss to Basaksehir with a hard fought win away to Everton – something that shouldn’t be sniffed at due to Carlo Ancelotti’s strong start to the season.

The win should certainly buy the Norwegian manager some more time in the dugout, but it’s interesting to see that he’s also achieved something very impressive with this win:

Again it just points to the inconsistency at the club where there are so many things to frustrate the fans, but he’s also matching some records set by one of the greatest managers of all time.

READ MORE: “This cycle needs to end” – Win over Everton wasn’t enough for these Man United fans as they urge Solskjaer sacking