It looks like we’re set for another weekend where VAR controversy will take the deadlines, and this is a perfect demonstration of how it’s ruining the game.

In theory it should fix controversial offside decisions because it is a black and white decision, but we’re seeing issues where camera angles and a delayed frame rate are resulting in incorrect decisions.

This looks like a textbook example where there’s not enough evidence to overturn the original call, and Leeds will be furious about this: 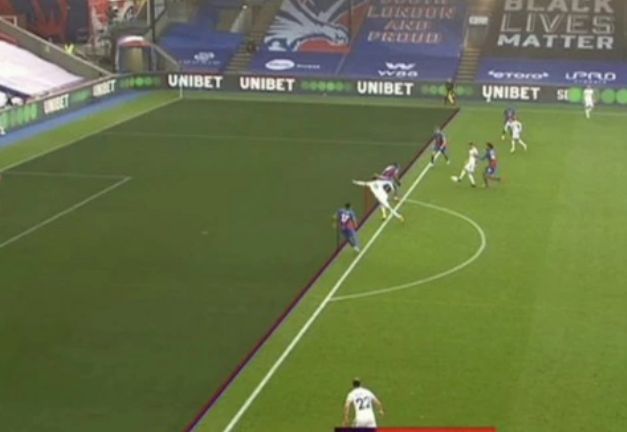 The camera angle doesn’t show a view along the line so it’s hard to say this is conclusive, and if Bamford scores with the part of the body that’s leaning offside then it gets ruled out for handball.

Just in case that wasn’t enough for Leeds fans…. Palace went straight up the other end and scored.