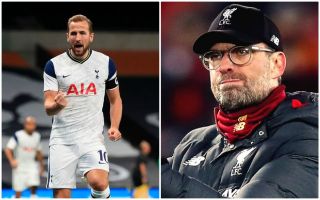 Tottenham striker Harry Kane has spoken out on his team’s Premier League title chances this season as he expects a more open race than last term.

Liverpool ran away with it in the end as they lifted the trophy in 2019/20, ending a thirty-year wait to finally be crowned champions of England once again.

This season, however, there doesn’t look like being one side who’s going to take a big lead, with Southampton surprisingly topping the table at the moment while Manchester City are as low as 12th, albeit with games in hand.

Everton started brightly but have now faded and Liverpool haven’t looked their usual selves, so all in all there certainly looks like there could be an opportunity for Tottenham to be more in the mix than they have been in recent seasons.

Kane sounds optimistic about Spurs’ hopes, and singled out Liverpool by saying it didn’t look like they or anyone else would run away with it again.

“When you look at the ability of our squad, you would definitely say we’ve got enough to win a title,” Kane is quoted by the Daily Mirror.

“But I’d also say we’ve been close over the last four, five years but just haven’t quite got over the line.

“So it’s not as easy as just having a good squad and winning a few games to challenge for title.

“This is a season where I don’t think one team’s going to run away with it like Liverpool did last year.

“So there are going to be opportunities for other teams to put good runs together and get right up the table.”